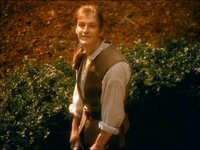 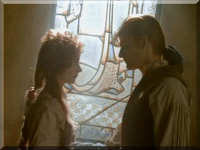 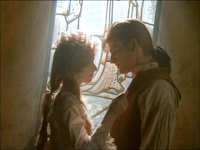 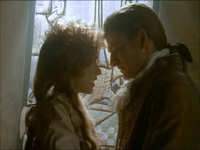 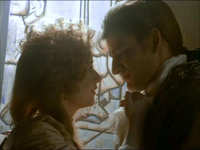 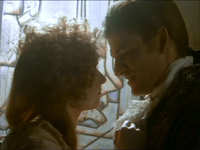 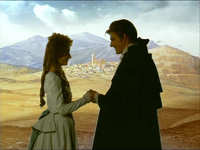 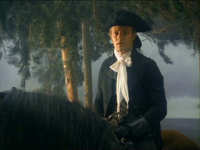 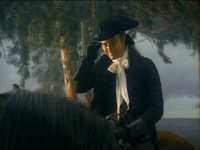 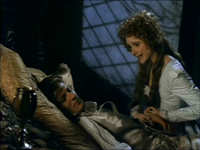 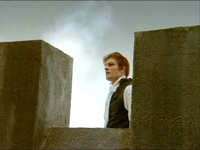 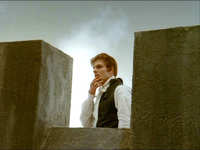 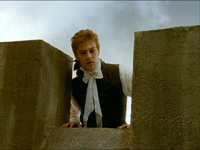 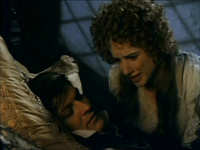 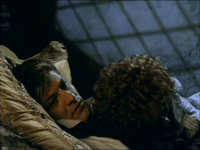 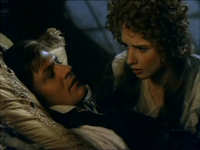 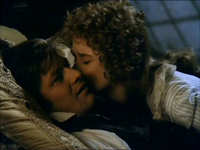 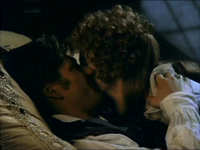 From an early German folk tale.

A troll had a daughter, but she left straight off. So the troll took another to replace her to wait on him hand and foot. Her name is Anja and she has no father and she has no mother, so the troll is her other. Trolls are always contradicting themselves and this one used a stick and Anja gets that stick across her back frequently. This troll sets Anja an impossible task of plucking 20 pounds feathers and placing them into sacks without a single one escaping. So Anja tries and cannot do it and thinks if there is anyone who can help her. From her thoughts a lion appears and does the task for her. Shocked, the troll gives her another task to empty a pond with a spoon full of holes. So the lion comes and drinks it dry. Now the troll tells her to build a palace before the end of the day. The lion puts Anja to sleep and when the troll kicks her awake, a palace is there. In the palace, Anja is chained and when the troll goes to get wine from the cellar, he falls into bottomless pit - dead.

Now Anja has a palace all to herself and she is transformed into the beautiful woman, a princess, where suitors come from all over. A year later, she meets and falls in love with her gardener. The wedding day approaches and one day her love journeys to the village and never returns. Weeks and months later, Anja sets out in search of him. On her journey, she meets her old friend, the lion, who on his back races her to a far off land. The lion gives her three magic walnuts and she journeys on foot. She sees her love on a horse as she walks, but he doesn't recognise her.

And then she sees... no! It can't be! The troll! But he's dead! But wait. A pigtail, a diamond ring and a silken scarf. It must be, but it can't be, but it must be... the troll's daughter - the trollop. Twice as ugly and twice as foul and riding off with Anja's beloved. Anja, the True Bride finds out how the trollop has cast a spell on her beloved and how greedy the trollop is.

Using her magic walnuts she first creates silk in exchange for a night with her betrothed who has been drugged and unable to talk to Anja. Then she tries again and creates golden coin after coin for another night and the same story, the beloved is drugged. Prisoners of the trollop tell the beloved of the True Bride coming to visit him and why he doesn't talk to her. The third time, Anja makes jewels and a deal is struck. This time the beloved hears her and a kiss breaks the spell and the trollop also loses her silks, gold and jewels. As they run, the trollop chases until they reach the lion and he races the lovers - home.

But as the True Bride and her beloved settle down for the night, the trollop has turned up and she is seeking revenge. Inside, she sniffs her way to their room and opens the door... to the wine cellar, which has no bottom.