She's known for her wide-eyed grace, most recently in her new movie The Duchess, while he is famous as the dashing rifleman from Sharpe.

Yet Keira Knightley and Sean Bean both got their big breaks in very different circumstances – surrounded by the gangsters, thugs and exasperated coppers of The Bill.

Next week, TV’s longest-running police series celebrates its 25th anniversary with a programme that reveals the near-endless supply of young talent that has appeared in Sun Hill.

Former Spice Girl Emma Bunton had a walk-on part on the show before moving on to greater things;  Keira Knightley’s break came as a naughty ten-year-old; while Bean became entangled in a violent robbery.

The Bill began life in 1983 as a one-off programme called Woodentop – the disparaging nickname detectives use for their uniformed colleagues – which aired as part of a series of single Thames Television dramas.

The show was such a hit that the first full series, now renamed The Bill, was broadcast the following year. 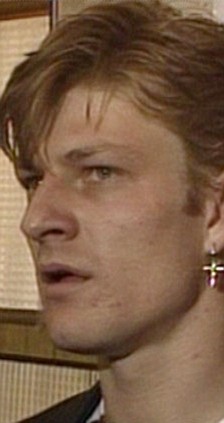 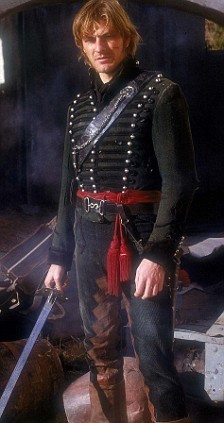 PLAYED: A nameless robber who held up a shopkeeper at gunpoint.

STAR POTENTIAL: It was only his second TV appearance but he already showed mastery of both snarling and looking menacing — ideal characteristics for a career as
a hard man. Even his dangling earring in The Bill had an ominous swing.

WENT ON TO: Star as Richard Sharpe in popular TV series Sharpe in 1993, arch villain Alec Trevelyan in James Bond film GoldenEye, 1995, and Boromir in Lord Of The Rings: The Fellowship Of The Ring, 2001.

The Bill is a British drama series centered around a Metropolitan Police Station in London, England. The stories are set in Sun Hill, located in the fictitious Borough of Canley, in northeast London. Labelled the most successful police drama series on British television, The Bill has been on the air since 16 October 1984, when the the first episode, Funny Ol' Business: Cops & Robbers, was transmitted on British television.

From Episode One until the end of Series Three, The Bill consisted of weekly 50 minute episodes. From July 1988 onwards, two half-hour episodes were broadcast per week. Beginning in January 1993, The Bill was (and continues to be) shown three times a week in half-hour episodes.

The early episodes of the series were filmed on location in London, and in a purpose-built "police station" in a single-storey warehouse and office complex in Artichoke Hill, Wapping, in the East End of London (right next to the News International printing plant, home of The Sun and The Times.)

The Bill is still filmed on location in London, although the set of Sun Hill Police Station is now located on an industrial estate in Merton, South West London. The series is filmed using a hand held camera, to give it a "fly on the wall" feeling.

In this episode, Long Odds, series regular Litten recognises the picture of a man wanted for armed robbery but, instead of telling Cryer, he goes straight to Galloway - and is reprimanded by both men.

Meanwhile a couple of thugs (one of them is shown below and elsewhere on this page) are robbing local shopkeepers.

Sean plays a villain, Horace Clark, in this early episode of The Bill. Clark and his accomplice are engaged in armed robbery of shops and post offices. Sean can be seen in several distinct segments of this episode. He appears at the very beginning, where we see a robbery take place. Some 10 or 15 minutes later we see his character being observed by two CID officers, as he meets with his accomplice and they go off in a car. At the end of the episode, where the pair are attempting to rob a post office, we see Clark engage in a struggle with a police officer, while brandishing a hammer, and he later escapes while his accomplice is captured.

Sean sports a London accent in this episode, although his character doesn't have many lines. Clark is a ruthless villain, quite happy to let his partner in crime take all of the blame while he himself escapes.

Text courtesy of :  Ship of dreams