Please ctedit when use, click thumbs for full size

Lorna Doone and a Rebellion.. 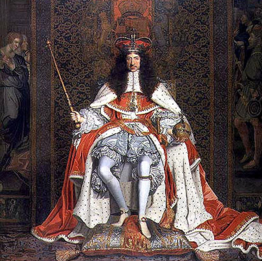 The south west of England had, with the exception of some of the larger towns, been loyal to King Charles 1 and his restored son Charles 11. Most of the inhabitants were Protestant Christians, loyal to the Anglican Church , and distrustful of growing Catholic influences in the court in London., especially when Charles had no legal son and heir and his brother James, Duke of York had converted to Catholicism.

The horrors of Mary Tudor and the Gun powder plot still haunted the English Psyche. When Charles11 died in 1685 the throne passed to his autocratic brother James11 and trouble stirred in the West country, which led to armed rebellion. Leader of the Protestant rebels was the illegitimate son of Charles 11, James, Duke of Monmouth. A charismatic young man and a gifted soldier.

The rebellion was ended with the King’s army wiping out the rebels at the Battle of Sedgemoor in 1685. The rebels were routed and survivors were hunted down and tried and executed at the Bloody Assizes by the infamous Judge Jeffries. 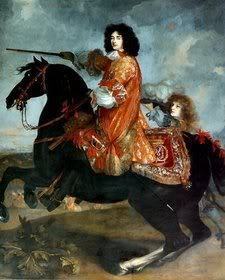 In Blackmore’s work, this is a great part of the story, sadly only vaguely alluded to in the 1990 version of ‘Lorna Doone’, and placed out of context. In the novel Ridd and his kinsman the highwayman are innocently involved in the rebellion and the awful aftermath. This is why he comes into contact with the army and Judge Jeffries. This takes place in the latter part of the story and not just alluded to when Tom Figgis is hunted as a highwayman and traitor.

Out of the windswept, fog-shrouded moors of England emerge two riders. A man and a boy. Father and son. Another group of riders, the dastardly Doone clan, appear with a young girl in tow. The father and son dismount, shoo away their horses, then lay low on the crest of a hill. The young girl jumps from the saddle of her abductor and runs in the direction of the two concealed observers. As one captor rides the girl down, the boy jumps to his feet 'Leave her alone!' His father stands beside him. The little girl's captors, led by the villainous Carver Doone (Sean Bean), ignore their pleas. The father strikes one of the Doones and Carver shoots him. The boy tries to escape and is caught. He and the girl he tried to protect, are at the mercy of the Doones.

Thus is the prologue to the rousing period adventure Lorna Doone, based on the novel by R. D. Blackmore.

Clive Owen (rumoured to be the next James Bond when Pierce Brosnan abdicates) plays John Ridd, the child now grown to adulthood, who harbours a deep hatred for the Doone clan for murdering his father. A chance encounter with the stunningly beautiful Lorna Doone (Polly Walker) puts him in a dilemma. He hates the Doones but loves Lorna. Oh, what's a guy to do?

This 1990 British TV film is beautifully shot on gorgeous locations, with loving attention given to period detail (Jacobean, early 1600s). For one thing, it rains a lot. Yes, this is England. People don't walk through the mud, they slog.

Clive Owen has a tendency to underplay, which in an heroic part is risky. Heroes need all the colour they can muster, especially when the chief villain is as wondrously played as Sean Bean's Carver Doone. Sean Bean is perhaps best known as Sharpe, the hero of the 14 feature-length episode Sharpe's series. He is thoroughly believable in period pieces, something most Hollywood pretty boys have a hard time with. Bean isn't afraid to look greasy and mean; he's still ruggedly handsome and, though playing the villain, manages to appeal.

Excellent supporting actors include Billie Whitelaw, Robert Stephens, Hugh Fraser and Miles Anderson. While Owen's John Ridd could be a tad livelier, this fine production is still a wonderful re-telling of this time-honoured classic.

There are some excellent battle scenes and the period feel is observed throughout. No inappropriate contemporary touches ruin the film as they most surely would in a Hollywood version. The director eschews extraneous, annoying camera movements for a clean, almost simplistic narrative. No annoying 'whoosing' sounds interfere with the sword play.

This is rollicking, old-fashioned adventure told with taste and fidelity to the source material.

Polly Walker-did I mention that she is stunningly beautiful?-makes totally believable the romantic heart of the story.

This beautiful film works on all levels: as Period film, Romance, Adventure Story and Adapted Literature. Bean is brilliant, Owen is quietly competent and Walker is all you could want in a romantic heroine. And she is stunningly beautiful. Didn't I mention that already?

I highly recommend this fine production, available on video from a variety of sources.