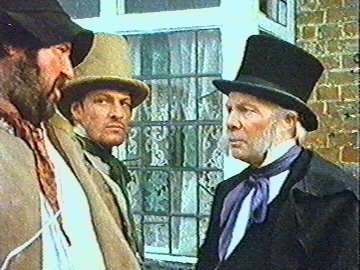 Some unsavory characters from Exploits at West Poley, including Sean Bean (center).

NOTES: Intended for a theatrical release, Exploits at West Poley essentially sat on a shelf for five years, the market for children's films having, in the words of Roy Pierce-Jones, "disappeared."4 Exploits' premiere on ITV went largely unmarked, and the production has apparently never been available on video or DVD. Of interest is an early screen appearance by Sean Bean as "Scarface," and the fact Hardy's novella had been filmed before, as the children's movie The Secret Cave (1953).

This is a children's adventure film. A motherless boy goes to stay with his widowed aunt and older boy cousin in West Poley. The two boys become friends and explore the local caves, finding a secret cave inside a larger one with an underground stream/river. They change the direction of this stream with disastrous results for West Poley, but much to the delight of East Poley's residents. Changing the stream back involves another young boy (apprenticed to the cruel miller) and two life threatening incidents. 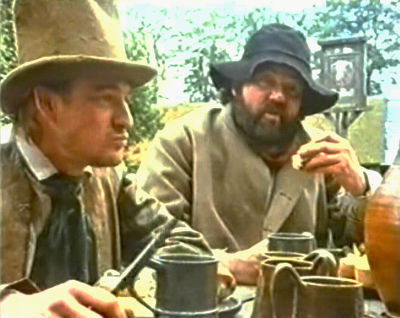 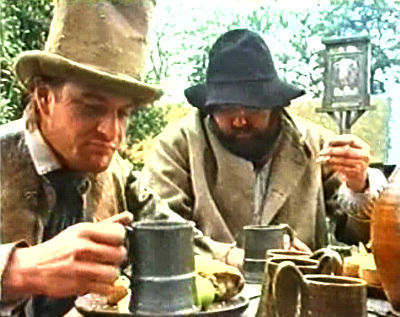 Unlike Hardy's usual novels, everything ends happily! Sean Bean appears as Scarface (a resident of East Poley) in two scenes and in the second scene has several lines of speech. 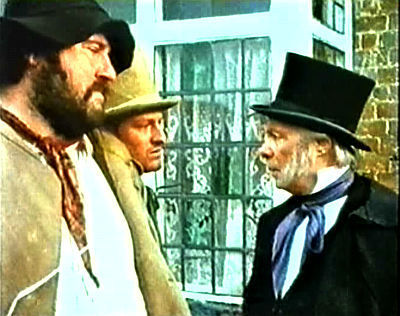 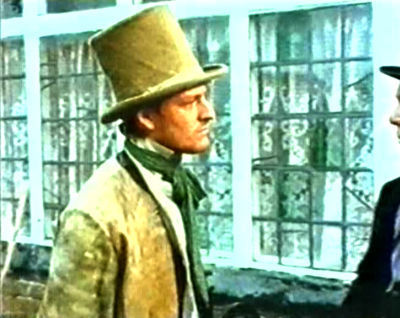