This writer ranks the lines Boromir delivers as #2 in the best death scene lines in films!

Spocks death was a good example of sacrifice being used as an emotive theme in a death scene. When combined with redemption, it becomes even more powerful and moving. The character whom best exemplified this was Boromir, played by Sean Bean, an actor who can ... erm, die well, as he showed in 2002s Equilibrium as well.

Sean Bean as Boromir in The Lord of the Rings: The Fellowship of the Rings. The first part of Peter Jacksons The Lord of the Rings adaptation of the much-loved J.R.R. Tolkien classic was probably the most faithful to the source. What cinematic liberties Jackson took seemed to drive home the point of the story. Boromirs characterisation was a perfect example. He began to believe that the quest to destroy the One Ring was foolhardy, and the best hope for the forces of good would be for a brave and noble warrior to wield it.

He attempted to steal it from Frodo (Elijah Wood), realising too late that hed been subtly corrupted by the Ring, and his own pride. Even his attempts to make amends by protecting Frodos companions fail, and the other two hobbits are seized by Orcs. Boromirs remorse and regret finally find expression when Aragorn (Viggo Mortensen), the rightful king whom hed resented, forgives him as he lays dying. His redemption is completed with his last breath: I would have followed you my brother ... my Captain ... my King. 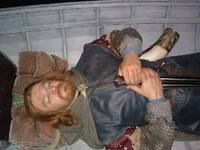 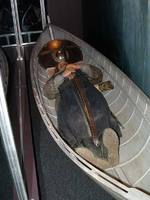 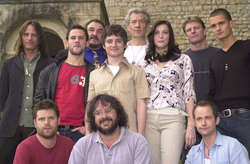 Lord of the Rings

Fellowship of the Ring

J.R.R. Tolkien's literary masterpiece The Lord of the Rings has influenced generations of readers worldwide and continues to captivate new fans around the globe. Now, New Line Cinema brings to cinematic life the epic adventure of good against evil, The Lord of the Rings: the Fellowship of the Ring, a heroic quest set in a time of uncertainty in the land of Middle-earth.

The future of civilization rests in the fate of the One Ring, which has been lost for centuries. Powerful forces are unrelenting in their search for it. But fate has placed it in the hands of a young Hobbit named Frodo Baggins (Elijah Wood), who inherits the Ring and steps into legend.

A daunting task lies ahead for Frodo when he becomes the Ringbearer - to destroy the One Ring in the fires of Mount Doom where it was forged. But he can't do it alone. A Fellowship bands together to lend Frodo the wisdom of Gandalf (Ian McKellen); the loyalty of his friends Sam (Sean Astin), Merry (Dominic Monaghan) and Pippin (Billy Boyd); the courage of Aragorn (Viggo Mortensen) and Boromir (Sean Bean); the skill of Legolas (Orlando Bloom); and the strength of Gimli (John Rhys-Davies). They are aided in their quest by Arwen (Liv Tyler), Galadriel (Cate Blanchett) and Elrond (Hugo Weaving), whose knowledge of the One Ring brings to light the true danger and importance of their journey...

Considered by millions throughout the world to be the greatest adventure ever told, J.R.R. Tolkien's The Lord of the Rings trilogy chronicles the epic struggle for possession of the infamous One Ring. If returned to its creator, the Dark Lord Sauron, The Ring will give him the power to enslave the world.

New Line Cinema presents The Lord of the Rings: The Two Towers, the central film in Peter Jacksons motion picture trilogy, an epic adventure of good against evil set in a time of uncertainty in the land of Middle-earth, scheduled to open December 18, 2002. The trilogy represents an unprecedented undertaking  three films made simultaneously over a year and a half of production. The first film in the trilogy, The Lord of the Rings: The Fellowship of the Ring, was released December 19, 2001, to widespread critical acclaim and garnered $860 million worldwide. The film was nominated for 13 Academy Awards®, more than any other film released that year, and won four, including Best Visual Effects for the groundbreaking techniques used by Jackson and the visual effects team to fully realize Tolkiens universe.

At the end of part one, following the death of Boromir (Sean Bean) and Gandalfs plunge into the pit at Khazad-dûm, The Fellowship was forced to divide. Though splintered into three groups, each member of the original Fellowship is no less determined in his heroic quest

The Return of the King

Thanks mostly to Laura !

We had to go to another location which was in the Remarkables in Queenstown by a lake, to shoot a scene. Well, Sean absolutely didn’t want to fly and said: Look, I’ll take the skilift up and then I’ll walk the rest of the way.”
We shot there for two or three days, and our day would begin with everybody flying in the helicopters, and as we flew over, at like 7:30 a.m. we’d look down and there’d be this tiny black speck climbing the cliff. It was like a cliff face and it was Sean Bean, dressed up as Boromir, like a fly on the wall, clamoring up this mountainside all by himself to get to the location because he didn’t want to go by chopper. He had like two hours of climbing to do.

'We were travelling down by road from the top of the south island, from Wellington to Queenstown, and it's about a 10 hour journey, and it just happened that we had a lot of water...a lot of rainfall...and the road we were on was only a two lane road, and banks collapsed behind us and in front of us...and we were sort of stuck in this little place for a couple of days...me and Orlando Bloom.... We were on the phone a lot...wondering when a helicopter was going to come and take us out.'- Sean talks about one point during the filming of LOTR. (From 'Sean Bean- The Interview,' thanks to The Compleat Sean Bean.)

'But helicopters I'm still pretty terrified of. Just ask Orlando Bloom.'-Sean on his fears of flying.

'I got the news on the phone when I was driving down the M1 with my kids in the back. I speeded up about 30 miles an hour. Unintentionally.'- On getting the role of Boromir.

The Many Faces of Sean Bean

Is Sean Bean taking roles just to guarantee that hell have a good shot at an action figure? Silent Hill, Lord of the Rings, Goldeneye, The Elder Scrolls, Troy all character choices that have been immortalized in plastic, or stand a good chance of becoming a figure at some point (no, were not hinting). Sideshow sculptor Oluf Hartvigson has had previous experience working on Sean Beans portrait, as he worked on the Boromir Statue from the Sideshow/WETA line. Now he has re-imagined this tragic character in 12-inch figure form. Please enjoy these comparison images of the original head sculpt: 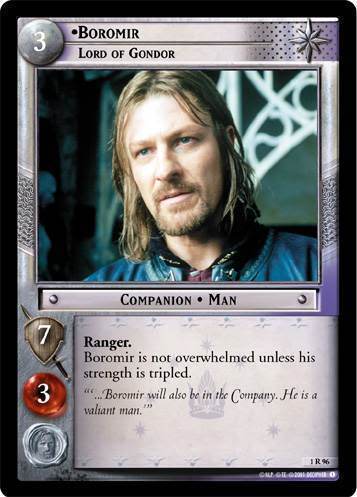 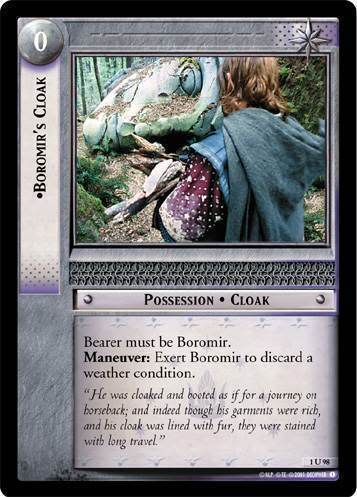 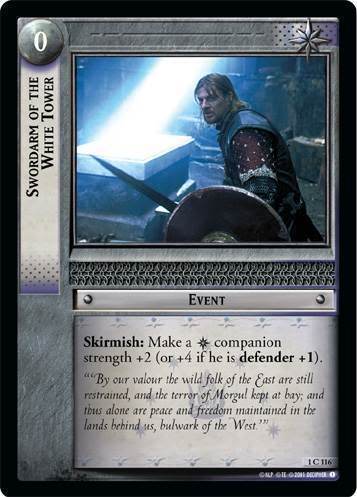 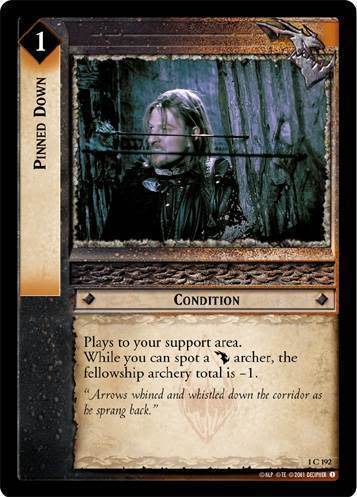 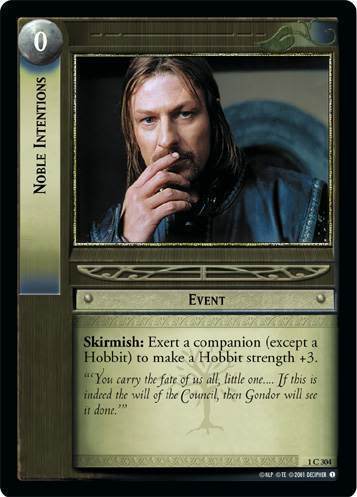 Sean gets his Elven Tattoo

"  I was there about a year, thrown together as individuals. I hadn't met any of the other cast before and I don't think any of us came to the film with any pre-conceived ideas. There were no tantrums or egos. It was all democratic and fair and everybody was made to feel very welcome. We've all got tattoos now. It was late one night after everyone had had a few drinks and it seemed like a good idea (laughs). Elijah and a few of the guys had them done in New Zealand, but I'd left by that point. I was the last one to get mine done. I was dragged by Orlando Bloom and Elijah to a steamy little tattoo parlour in New York where I got my shirt off and had it done. But it was done as a permanent reminder of our own fellowship which says a lot about the experience."

Sean Bean is wearing a fiberglass bodysuit underneath his costume for his death scene to stop the arrows sticking out of him from wobbling.

That's a silicon shell of Sean Bean that goes over the waterfall at the end.

Boromir's speech at the Council of Rivendell is read from a sheet of paper sitting on Sean Bean's lap as it was only given to him the night before.