Enjoy the captures in a full screen slideshow, click link below

Behind the scenes pictures 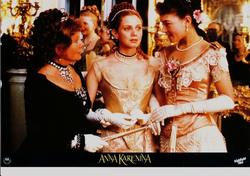 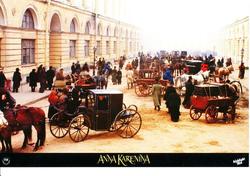 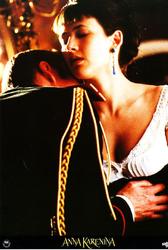 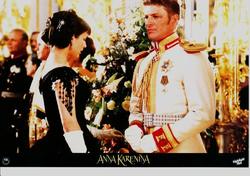 I recently bought these production notes. Doubleclick for full size.

Schionatulander on Live Journal really loves this movie, like I do. She did some research on the shooting locations. This is what she came up with,

I was just doing research on the architectural ensemble of Peterhof (near Petersburg) which was built by order of Peter the Great who was also involved in the planning of the architecture and supervised the designs of his European architects... In short, I could not believe my eyes when I saw that they had filmed the scenes of Levin's farm (Tula Valley) at Peterhof: at the Cottage at Park Alexandria which was built in 1826-1829.
Have a look at the screenshots of Levin's farm,

Here the photos of the Cottage at Alexandria:

And the scene in which Wronski tries to bring Anna back into society was shot at Pawolowsk, I think:

For futher information on the beautiful ensemble of Peterhof see the homepage :

For all thanks to : Schionatulander

The filmmakers immediately recognized the importance of finding the ideal actors to play the roles that have captured generations of readers the world over.

Emphasizes Bernard Rose, "Despite the massive scale of this movie, it is actually a very intimate look at four people and their innermost thoughts and desires. A story like this can only succeed if the actors completely reveal themselves in the characters they're playing. In addition, we needed actors who were comfortable in a period drama, who could move and speak convincingly in a 19th-century setting of incredible lavishness. I think we were very fortunate in attracting a wonderful group of people to meet these challenges."

Rose continues, "One of the interesting aspects of casting is that, in 850 pages of his novel, Tolstoy tells us virtually nothing about Anna Karenina: we never meet her parents, she is unknown by her past. This, for Tolstoy, made sense because he saw Anna as a version of Levin -- she is the physical and he is the philosophical, and his history is the only one the reader needs, since Anna defines herself by her actions, not her ideas.

"So we needed to find an Anna who could communicate a great deal without a history -- who had a gorgeous, eloquent face and a mystery about her, aristocratic yet vulnerable. A woman who could drive a man to a grand, dangerous adoration, but who seemed to live without any calculation. Mel Gibson had recently worked with Sophie Marceau on 'Braveheart' and he suggested that we meet with her."

Marceau, a French actress who has enjoyed a successful career on stage and screen in her native country, had recently had a baby, and Rose felt that this enhanced her qualification for the role even more.

"I don't think you could cast a childless woman as Anna," he explains. "There are too many aspects of the story that deal with her children and her separation from them; I think only a mother can really give them resonance. In addition, the fact that Sophie is French was very helpful, because Russian aristocrats of the day were frequently educated in Paris and spoke French even after returning home. In fact, as we show in the film, Russian was primarily spoken by the nobility only to their servants; to one other, they spoke European languages, usually French."

Comments Marceau on the lasting appeal of Anna Karenina, "The book is a masterpiece; the fact that people still read, feel and talk about this book shows what a classic story it is. It owes its longevity to the fact that it deals with people, people who go farther than anyone else. Yet it's so close to reality that we can recognize ourselves in all the characters."

In considering actors to portray the handsome, socially agile Vronsky, whose carefully planned career is cast to the winds after he encounters Anna Karenina, director Rose quickly thought of Sean Bean.

"Sean is a wonderful, vital actor with a very masculine energy," says Rose. "He also -- and this is not a small thing -- looks natural and appealing in uniform. Not all contemporary actors can carry off the military carriage and demeanor that a uniform, especially an imperial Russian uniform, requires. But I had seen Sean in a British television series called 'Sharpe's Rifles,' and I knew he'd be perfect for the part of Vronsky.

"The uniform is the essence of what Vronsky represents -- a man who lives for the pleasures of society, who can be calculating and even a little brutal in his relationships because he is a soldier at heart. But when he meets Anna Karenina, Vronsky is transformed -- and finally, even though he becomes wiser and more compassionate, he is ruined."

For the complex role of Levin, the filmmakers were extremely pleased to cast noted stage and film actor Alfred Molina. Explains Rose, "Fred has a unique ability to look physically big and strong at the same time he projects the air of being lost and uncertain. I wanted someone who was on a journey of self-discovery, who learned a lot about people and who faced his personal demons -- but he had to be a strong and intelligent person right from the beginning. Fred was exactly the man I had in mind!"

Responds Molina, "So much of the story is told from Levin's point of view...we understand Anna and Vronsky and Kitty and all the other characters through him. What's really interesting is that Tolstoy writes in a very visual way; he describes people physically, and those characteristics are the real clues in terms of how you are going to play them.

"Bernard's adaptation is very pure; there are many occasions when the characters in the film use the novel's dialogue exactly. And this is the first time the full content of the book has been explored on film, so I think it's a very important version of a classic work."

Mia Kirshner, a young actress whose film career has already attracted favorable notice, portrays Kitty as a woman who grows from childish self-absorption to a remarkable maturity after her marriage to Levin.

Says Kirshner, "Since Tolstoy saw himself in Levin's character, he also saw much of his wife, Sophie, in Kitty's character. Sophie edited Tolstoy's work and it was almost a love letter to her -- he writes 'there are two classes of women: all other women and then Kitty, who is in a class of her own.' So I felt it was important to show what qualities both Tolstoy and Levin admired in these women. Kitty really had to grow in the course of the story."

Bernard Rose was pleased to cast James Fox, a veteran actor who has amassed a varied list of screen credits, for the role of Alexei Alexandrovich Karenin, Anna's husband and a high-ranking Russian Ministry official.

"I wanted a handsome man for this part," explains Rose. "He had to be physically attractive, because I didn't want people to think that Anna has been married to some kind of ogre. She wasn't; she had simply made the kind of marriage that most wealthy people of the time made. She had joined her future with the most successful man who proposed to her, and romantic love had nothing to do with it. I don't think she even understood how much was missing from her life until she met Vronsky.

"James Fox plays Karenin as a man who is obsessed with the proper and appropriate, no matter what feelings lie behind the actions. Yet, as the events of the story unfold, he emerges as a very sympathetic character. That's essential to the story I wanted to tell."

In addition to the starring roles, Rose was able to induce writer-director Danny Huston, son of legendary writer-actor-director John Huston, to play his first speaking role, as Anna's licentious brother Stiva. The other supporting roles of Stiva's wife Dolly and the scheming Lydia Ivanova were filled by the respected British actresses Saskia Wickham and Fiona Shaw 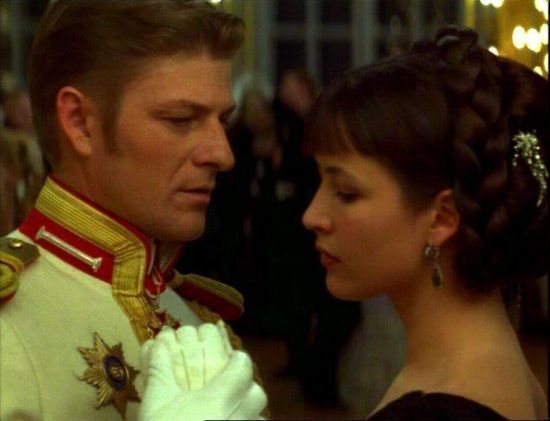